WINTER BLUES... the theme this month at 613 Avenue C.  I have two ideas and two cards for this theme - thoroughly enjoyed making both of them!

This first card is using the image "Peter Rabbit & V. Albert" provided by NiceCrane.  Dang but I love her, coloring was a delight!  But, I can't for the life of me think of sentiment to use!!  So if you think of something - leave me a comment!

TECHNIQUE
[Note: specific information on supplies and sources
will be found below under “Supplies”.]

This card should be eligible for the following
CHALLENGES:
Fussy & Fancy  #105 – Monochromatic colors
Sweet Stampin' – Your Favorite Style  [Coloring with Copics]
SUPPLIES

IMAGES:  The focal image is"Peter Rabbit & V. Albert" from Nicecrane;"Ho" sentiment is by Gail Green from Impression Obsessions; inside "Merry Christmas' is from Country Impressions. 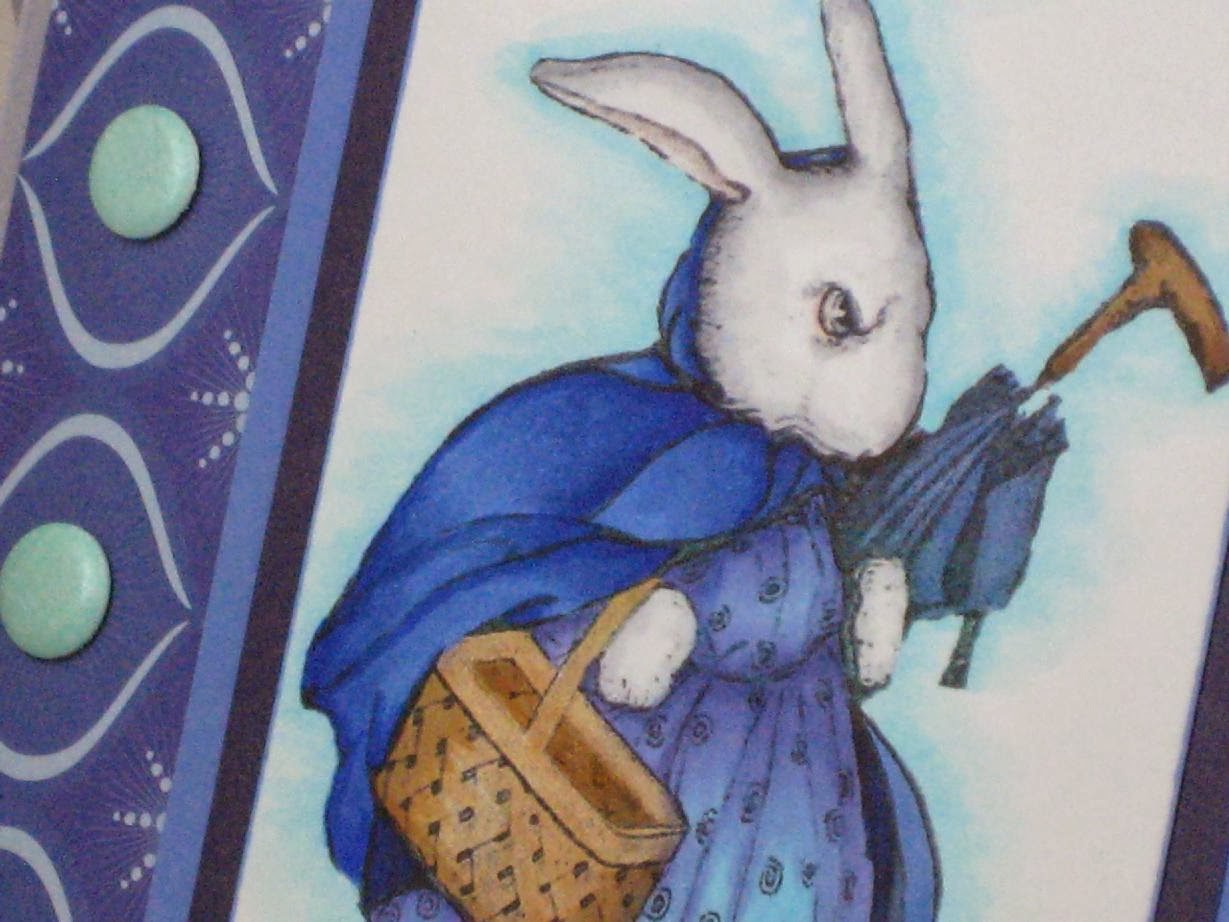 EMBELLISHMENTS:  Four Candi  embellishments were colored with Copics to match the image and DP - the top one was cut in half to fit the paper.  These were attached with foam tape.

INKS: the images were printed on a Canon PIXMA printer & colored with Copics.

The 2nd card for this theme I used "Owl Balloon" provided by another sponsor - Eureka!  I have a love affair going on with their "Balloons" - so different and so fun!  This one I felt met the challenge theme of Winter Blues with color and the sentiment 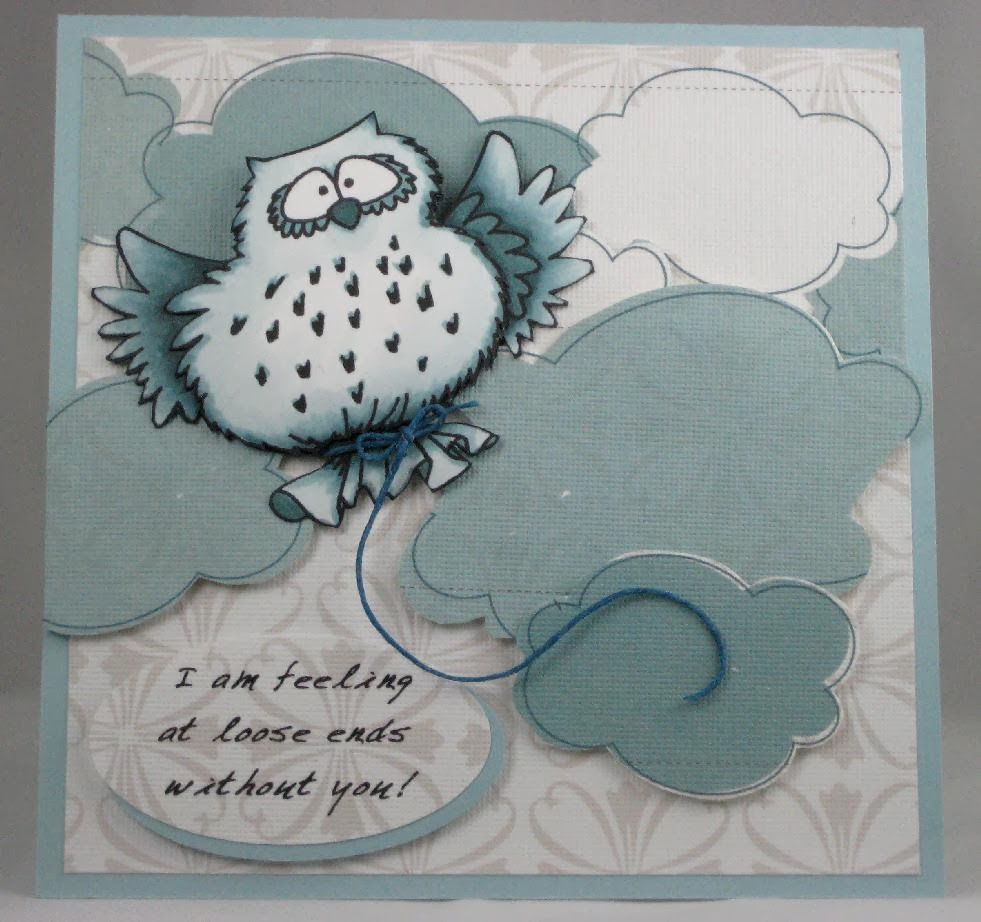 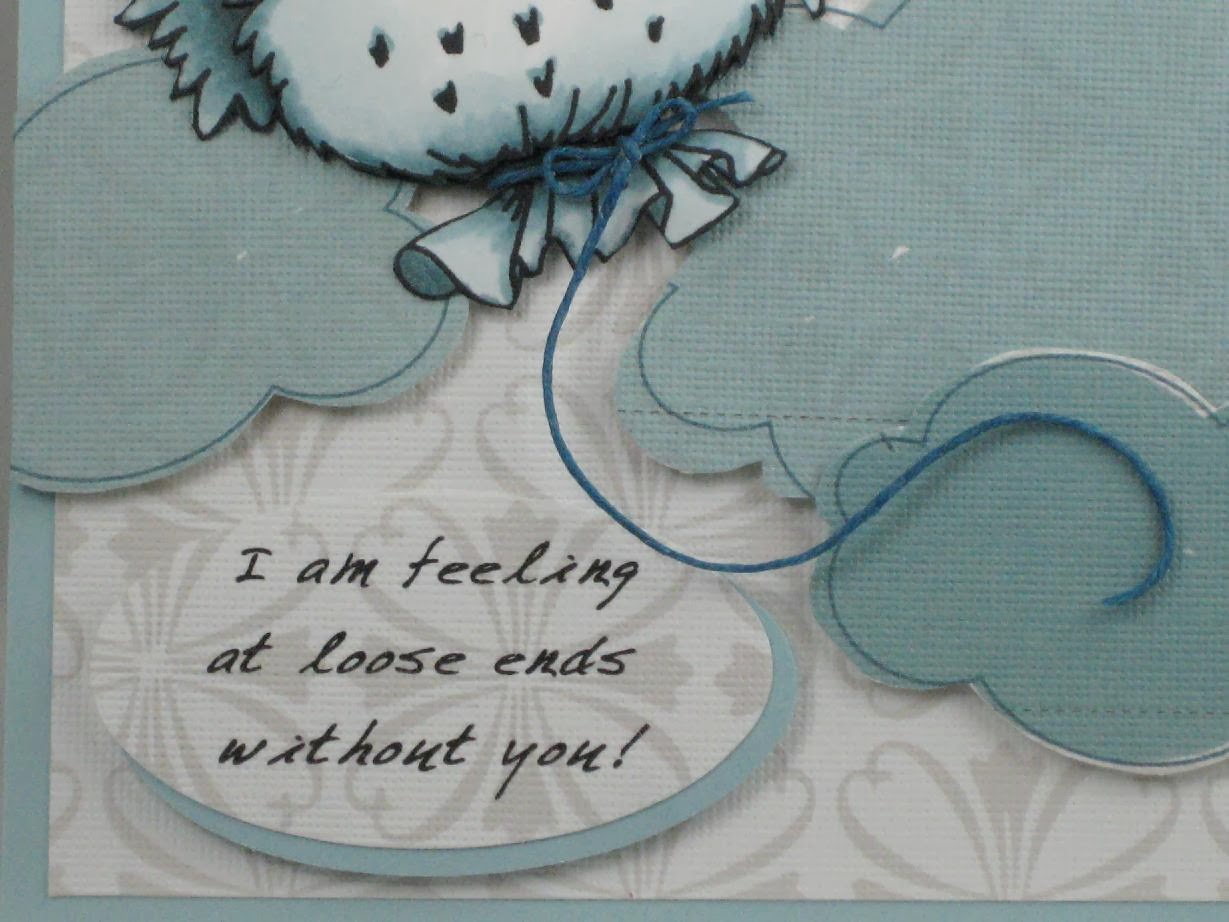 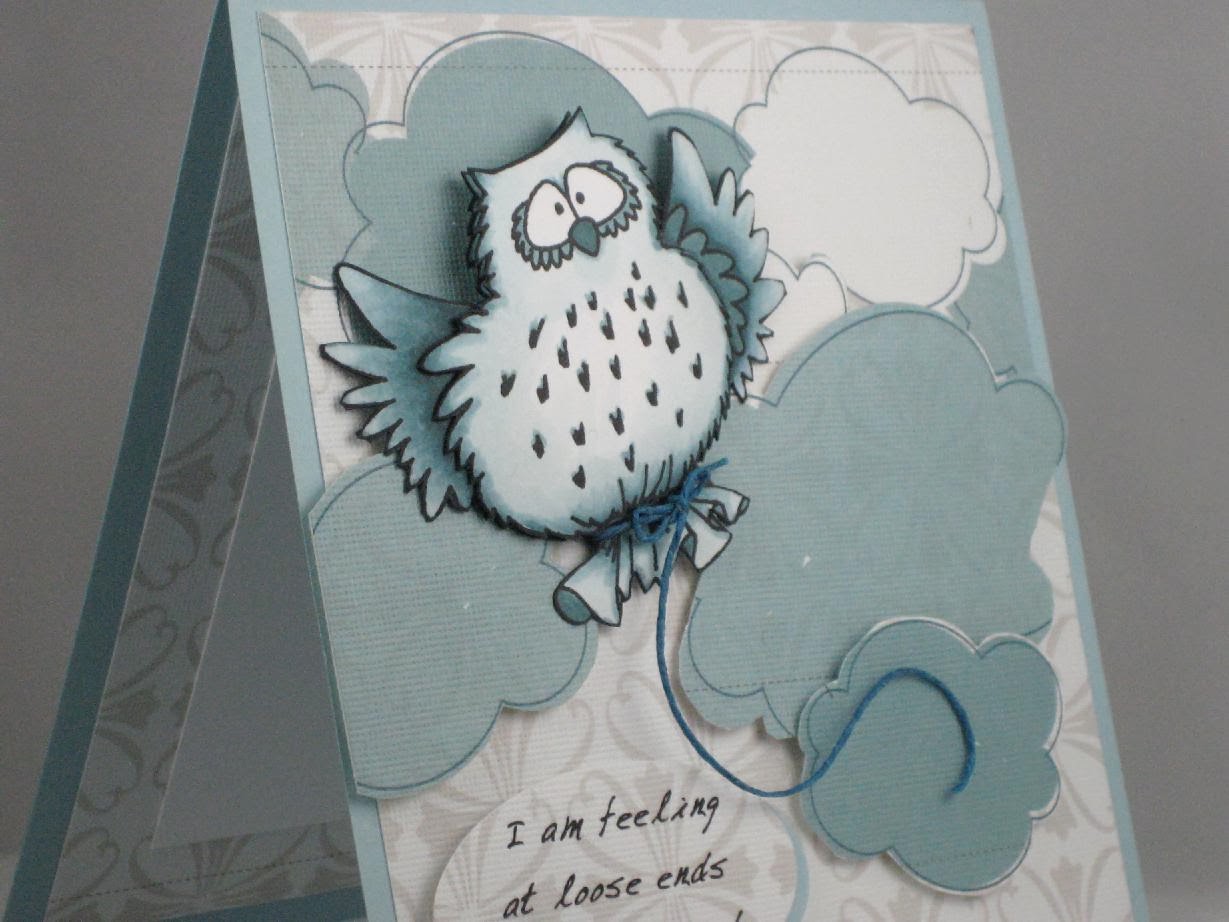 This card should be eligible for the following
CHALLENGES:

Be well, and give your mojo free reign!
~ginny

Email ThisBlogThis!Share to TwitterShare to FacebookShare to Pinterest
Labels: Nicecrane image, Top Three at Crafting from the Heart