Last post I made was a tutorial on how to use this design as a gift card holder - here I used the same concept as a pop-up birthday celebration.

This image is by Mo Manning. The punch for the balloons is from SU and I used DP as well as vellum.  Each is double sided with a thin strip of acetate glued between them and then stuck into the slot that would hold the gift card on my earlier project.  Corners on the focal image were made with a Corner Chomper, the sentiment is by Hero Arts and the top portion of a tag die was used to cut the opening in the pop-up.
As this is for a male relative - no extra frou-frou was used. 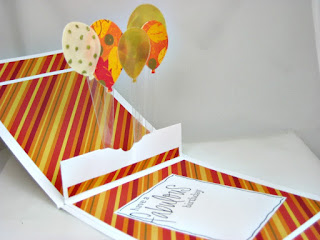 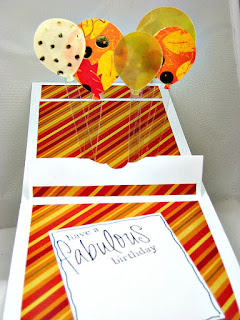 This card should be eligible
for the following CHALLENGES:

Create wildly and color with abandon!  ~ginny
Posted by ~ginny at 12:32 PM