Do you know that song?
"Shoo, Fly, Don't Bother Me!" is a song that was reportedly written by T. Brigham Bishop and first published in 1869 according to Wikipedia.  The song remained popular over the decades, and was commonly sung by soldiers during the Spanish-American War of 1898, when flies and the yellow fever mosquito were a serious enemy.  The lyrics have been altered over the years to remove content from the original song now considered offensive - but to this day is still found on Disney children's records and the tune can be recalled by many.  [At least of my age!]

I've created this design for the new 613 Ave C challenge - 'Use Metal'. The image I chose to use is one in a series done by Heather Valentin entitled "Buggmee Digis" at the Lacy Sunshine Shop. They are sooo fun to color and use!

TECHNIQUE
[Note: specific information on supplies and sources will be found below under “Supplies”.] 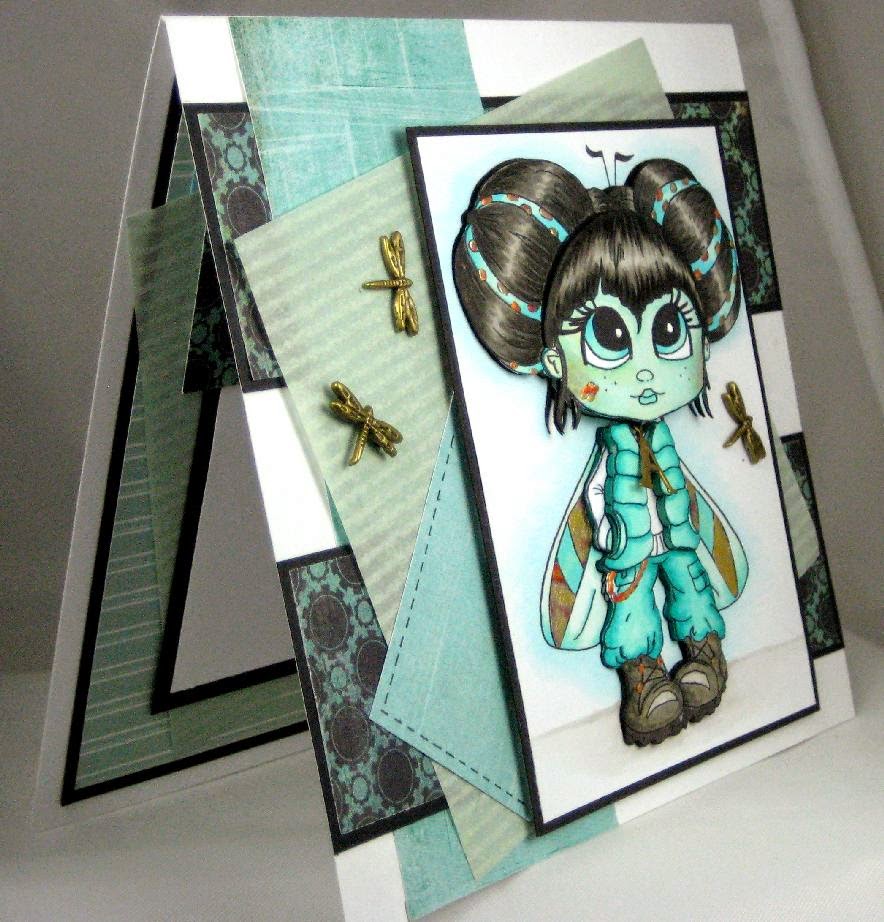 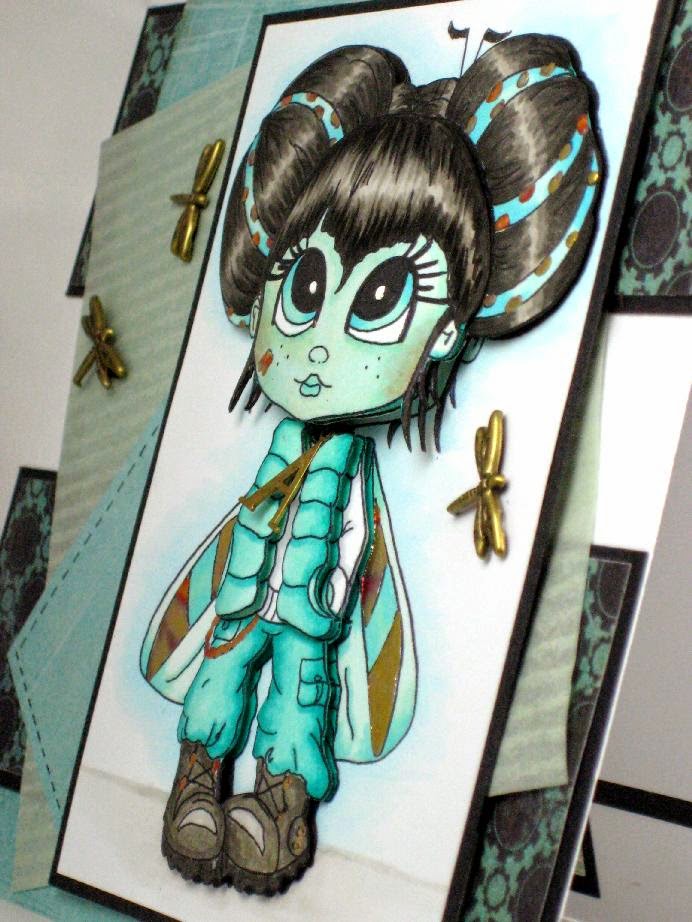 IMAGES:  The focal image is "Sue Shu Fly Buggmee" from Lacy Sunshine; Sentiment on the inside is by SU
PAPER:  Neenah Classic Crest Solar White 80# Cover Wt. used for the images; DP and the mats are from stash.
EMBELLISHMENTS: SU punch used for the sentiment and the mat; metal Dragonfly brads and the 'A' charm are from stash; Designa Leaf Varigated Red Leaf Gilding used on the wings and hair bands; Copic Opaque White used for highlights; black Micron 01 pen used for faux stitching.
INKS: the images were printed on a Canon PIXMA printer & colored with Copics:

Create wildly and color with abandon!  ~ginny
Posted by ~ginny at 12:00 AM